The Double bass class of Royal Birmingham Conservatoire with International chair of double bass Thomas Martin, celebrating on the occasion of his Honorary Fellowship 2018.

Since 2016, Tony has been teaching the double bass at Royal Birmingham Conservatoire in partnership with Thomas Martin.

This  involves teaching, double bass performance class and pedagogy. https://www.bcu.ac.uk/conservatoire
Tony also offers performance coaching to music students. This helps them to play at their best and combat issues such as performance nerves, lack of motivation and poor self-talk.
Tony has previously taught at Chetham’s School of Music and  the Royal Scottish Academy of Music and Drama (Now Royal Conservative Scotland).

Tony has thirty five  years of experience as an orchestra Principal bass. He has many years of teaching experience at Chethams School of Music, Royal Conservatoire Scotland and Royal Birmingham Conservatoire. Tony is in an ideal position to help players develop towards their goals.

The primary focus of his teaching is the Italian double bass school. This can be traced directly from Bottesini (and his many influences including Spain with Jose Rouveda, Josep Cervera-Bret etc) through Anton Torello, Roger Scott and Thomas Martin.

In addition, the many advances in solo double bass playing and teaching provide the opportunity to learn new skills. Tony has a mission to expand the repertoire of the double bass.
Consultation lessons with Tony are an ideal way to design and plan the way forward. Tuition is available for beginners to advanced solo level.

Tony has given master classes at Trinity Laban, Royal Birmingham Conservatoire and Royal Scottish Academy of Music and Drama (RSAMD).

In 2006, his master class at RSAMD, Glasgow was part of the “Partial to Paganini” festival and it was reviewed by Tully Potter in the Double bassist magazine in the June edition.

“On Saturday we had the best master class: a double bass one by Alcock, who presented his three hour stint expertly, creating a vivid experience for players and audience alike” 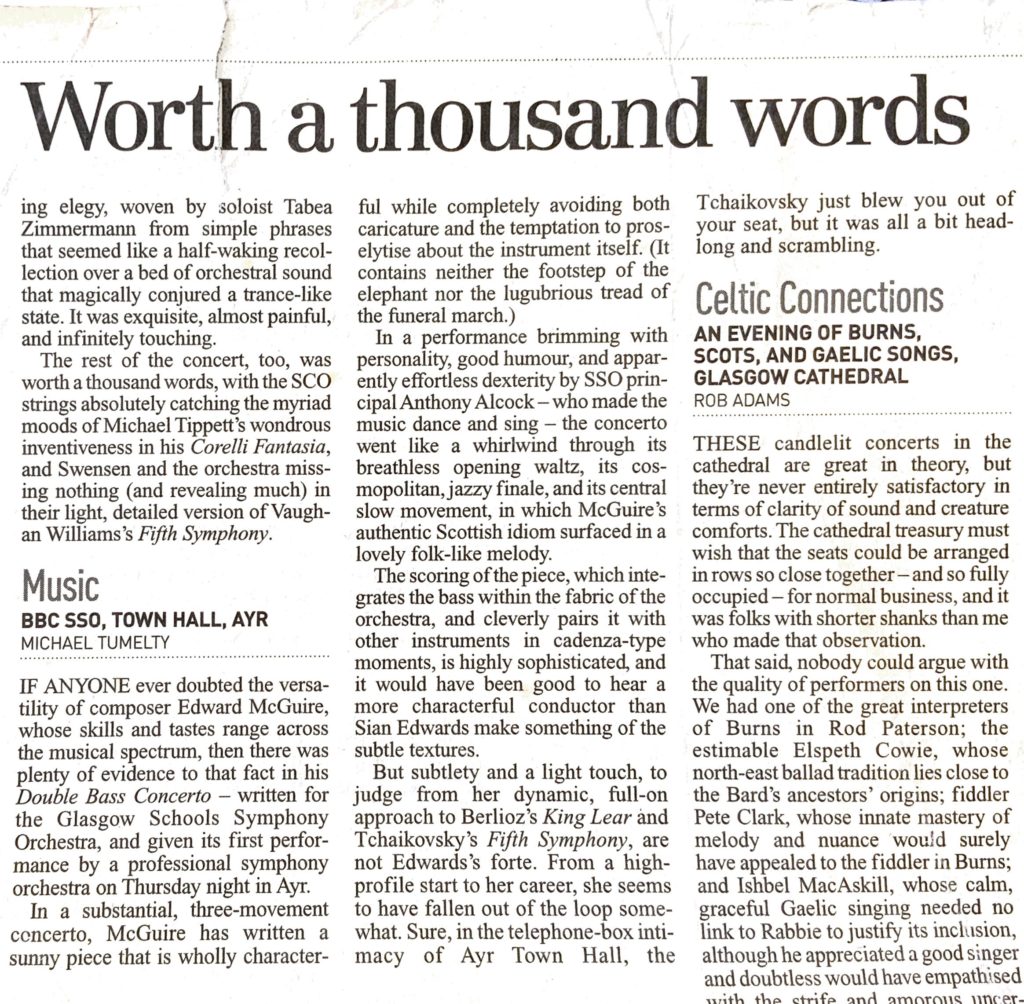 The YouTube channel “String Virtuoso” https://www.youtube.com/c/StringVirtuoso has engaged Tony to film a series of instructional videos. It focuses on his extensive knowledge and experience of the double bass orchestral repertoire.
More details to follow as they are released.

“Alcock is a fine ambassador for the bass, with an attractive personality and the ability to speak briefly but entertainingly about each piece”